As there is only one year to go before your parents get to the enormous milestone of the ruby wedding after 40 happy years together, it may be tempting to keep the event of the 39th wedding anniversary pretty low key. However you should still take the time to show your parents how important they are in your life by offering them a gift that is memorable, thoughtful and significant. Celebrate the success of their lasting union with something a little out of the ordinary by avoiding the generic dull gifts and opting for something a little more relevant and appropriate to the occasion. Here you will find some great ideas for 39 year anniversary gifts that will inspire you to come up with a present that perfectly matches your parents tastes but will also last as an enduring memento of this special time. 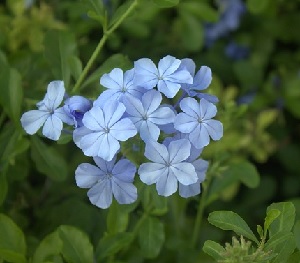 Although there are many anniversary years that are famous for their specific themes and symbols, the 39th year of marriage is not one of those occasions. During the 1920s, only certain milestone years were celebrated and that means that when the first gift lists were made which assigned a particular material with the years that were considered to be important, most marital years were omitted, the 39th being among them. In later times however, times changed and it was realised that in fact people wanted to celebrate the achievement of reaching every marital year, regardless of whether it was a traditional milestone or not. For this reason, another gift list was drawn up which linked materials with all of the other anniversary occasions and the thirty ninth anniversary gift was decided to be lace. This delightfully intricate and beautiful fabric has a deeper symbolic meaning when given as a 39th anniversary gift for parents as its intricately interwoven strands of thread reflect the complex and beautiful nature of a long lasting marriage, where two individuals become joined together in a single and impressive thing of beauty. Lace has been around for a very long time, with its origins dating back to around the 14th century, although at least two nations claim the invention as their own. Whether it was created by the Flemish or the Italians, this gorgeous artform really came into its own during the 16th century when it was commonly used as a decorative addition to homewares and to clothing. Once made from silver, gold or silk threads, today, lace is most commonly made from standard cotton, although it is no less luxurious and no less complicated and time consuming to produce by hand. There are many ways to produce this luxury fabric and there are countless different types of lace, which is still a popular decorative material to this day, being used to make garments and attractive homewares like doilies and tablecloths. Surprise your parents with some delightful lace items such as a tablecloth, piece of artwork or even a beautiful blouse or handkerchief as a stylish 39 year anniversary gift for her to perfectly capture the essence of this anniversary.

Agate is a spendidly beautiful stone, primarily found in volcanic rocks, which is characterised by the fine bands within its structure. This is the traditional gemstone associated with the thirty ninth wedding anniversary, given its name by a Greek philosopher who is credited with finding this stone by a Sicilian river during the 3rd century BC. There are several different kinds of agate including Mexican or cyclops agate, recognisable by its single eye, Turitella agate, made from fossils, the pale coloured Greek agate and Brazilian agate, with its characteristic quartz crystals. There are a number of other less well known varieties of agate including one known as Blue Lace agate, which would wonderfully combine two themes of the 39th anniversary in a single signficant and symbolic token. Although most commonly used to make jewellery, agate is also used to make decorative objects as diverse as bowls, paper knives and ink stands. It has even been used to produce the windows of a church in Oregon! This gives you a wealth of gifts to choose from when it comes to finding the perfect 39th anniversary gift for parents. From the decorative to the practical, you are sure to find something wonderful to suit their individual tastes.

Although there are plenty of traditional thirty nine year gifts that you could give, from jewellery to tablecloths, sometimes only a bouquet of beautiful flowers will do. If you are not inspired by another of the other suggestions, why not consider a stunning arrangement of roses, which are always appreciated because of their exquisite appearance and meaning of love and romance. Choose any colour that your parents prefer, or alternatively, why not give a luxurious rose themed gift that will endure forever. A glazed Eternity Rose is a unique work of art, produced by hand by talented craftsmen and trimmed with the purest 24 karat gold. When presented in its own stylish leather case, it is ideal for display in commemoration of the 39th anniversary – a magnificent token of love and esteem that will last a lifetime, reminding your parents of the happiness that they still experience after all these years and bringing you fondly to mind again and again.