As your parents are now only 2 years away from celebrating the milestone of their ruby wedding, it is easy to see why the 38th wedding anniversary is often overlooked. However when your parents are approaching this occasion, you should not let the day go by without marking it out as special. Each anniversary year is representative of a huge success for any couple, especially in today’s modern world, so you should congratulate your parents and show them how much you admire them by giving them a truly significant gift. When you select a memorable token with effort and thought, it is the best way to give your best wishes to your parents while wishing them all the luck in the world in the many happy years to come.

To give a present with an added layer of meaning and relevance, you should consider a traditional gift. In the 1920s when the first gift lists were made associating each significant anniversary with a specific material, it is not surprising that the 38th marital year was omitted from the list as it is not a recognised milestone. Luckily, in more recent times it has been recognised that each and every successful marital year should be highlighted and praised and therefore all the other anniversary years were given their own special theme too, with the 38th wedding anniversary being linked to two materials, the precious gemstones of beryl and tourmaline. Perfect to give as a 38 year anniversary gift for parents because of their beauty and valuable nature, these long lasting stones will provide the ideal memento of their happy day.

One of the two gemstones linked with the thirty eighth anniversary, beryl is a valuable and special gift to bestow upon your parents on this important occasion. It is true that most people are unfamiliar with beryl as a gemstone, and are often surprised when they find out that there are actually many well known gemstones that are varieties of beryl. While its name comes from old Latin and French words which mean “precious water coloured stone” in fact beryl actually comes in a host of shades.

One of the best known varieties of beryl is actually aquamarine. This stunning blue gem is primarily found on the island of Madagascar, however it is also mined in many other parts of the world including Malawi, Kenya, Columbia and the United States. Another valuble form of beryl is emerald. Known for their striking bright green colouration, these stones have been found on jewellery dating back to the time of the ancient Egyptians. This stone is a traditional anniversary theme in its own right, associated with the 55th wedding anniversary. Beryl also comes in several other colours including gold, pink and colourless. A red form can also be found, although it is extremely rare. Should your parents love beautiful jewellery, give them a sophisticated piece that has been decorated with beryl. There are plenty of styles and colours to select from for your thirty eight year anniversary gift and you can find a shade to match your parents’ tastes. A pair of beryl cufflinks will be a great 38 year anniversary gift for him, while she is sure to love a gorgeous pair of beryl earrings.

The second of the two gemstones associated with the 38th wedding anniversary is tourmaline. With its name being derived from the Tamil language, this is a semi-precious stone that comes in a range of colours from black and blue to yellow, red and green. It is mined all over the world, although most of today’s tourmaline is from Africa and Brazil. Surprise your parents with a traditional tourmaline 38th wedding anniversary gift of jewellery, the ideal 38th anniversary gift for her or him, or alternatively some attractive tourmaline homewares such as a pair of ornate bookends made from this valuable stone. 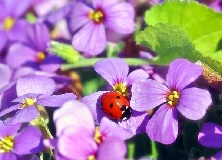 Flowers are a delightful and impressive gift on any occasion, so when your parents reach their 38th wedding anniversary they are sure to love to receive a magnificent bouquet as a token of love and appreciation. The 38th year of marriage has no particular variety of flower linked to it, so you can have the freedom to pick any type of blossom you feel with be loved best, whether extravagant and impressive or subtle and simple. If you need some inspiration for a gorgeous floral thirty eighth anniversary gift, why not choose roses? Available in a wealth of colours and varieties, a bouquet of this stunning flowers conveys perfectly your heartfelt sentiments and brings a meaning of romance and love. Your parents are sure to be even more impressed by the gift of a rose which will endure forever as a lasting memento of their 38th anniversary. Opt for a luxurious glazed Eternity Rose and demonstrate your esteem for your parents in the most opulent and lavish way. Each flower is picked by hand and intricately glazed by talented craftsmen. Finished with a fine trim of pure 24 karat gold, this unique work of art is then placed in a prestigious and stylish leather display case ready to take pride of place in your parent’s display cabinet, to remind them for a lifetime of this momentous day.