When your parents have been married for 36 years there are few gifts that they have not received. So, this anniversary year, this is your chance to surprise your parents with a gift that is something a little out of the ordinary. Something that is thoughtful and memorable and which shows your admiration and esteem. Instead of popping out to shops to grab something ordinary like another box of chocolates, think a little more deeply and give a present with a greater significance. Here, you may find some inspiring ideas that you can combine to make a 36 anniversary gift to really remember. Something that your parents can keep for a lifetime and truly cherish as a token of your appreciation. 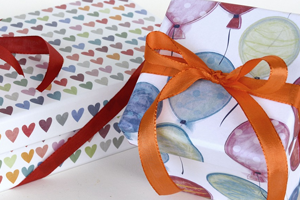 When the significant marital years were all assigned their traditional material back in the 1920s, 36 years of marriage was not included, not being considered as a milestone occasion. In later years however, further lists were created and at that time, it was recognised that each and every anniversary year should be linked with a symbolic theme, and so the 36th wedding anniversary was connected with bone china. A wonderful, beautiful and long lasting gift, it also has a great significance to any married couple as it reminds them not only of the beauty of a happy union, but also of its fragility should it not be handled with care. A type of porcelain, bone china gets its name because it is mostly made using bone ash. It is famous for its elegant white translucent appearance and valuable nature. The original idea for making bone china was developed by a man named Thomas Frye, however the man who actually saw the idea through and turned bone china into a prized commodity was Josiah Spode. From its invention in the 1700s right up until the middle of the 20th century, the region of Stoke on Trent in England was the hub of bone china manufacture, and it was not until the later half of the 1900s that other nations began to produce this attractive variety of porcelain. Today, China makes most of the world’s bone china, although some famous names like Wedgwood, Worcester and Royal Doulton can still be found in the UK. As the manufacturing process of producing bone china is time consuming and labour intensive, it is considered to be a luxurious product, thus making it a very appropriate and thoughtful choice to present to your parents as an enduring thirty sixth anniversary gift. 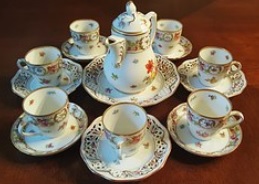 If you would like to surprise your parents with a lovely bone china thirty six year anniversary gift, one of the top suggestions is a stylish dinner set. This is not only an appealing present but it is also practical as it will see plenty of use on special occasions over the years to come. Another alternative is a pretty tea set, with a teapot and matching cups and saucers, a perfect choice for tea loving parents. For something more personal, what about a pair of hand painted personalised bone china mugs? Or for something decorative, an elegant china vase or trinket box would be a suitably ornamental choice.

If bone china does not seem to appeal, there is another traditional alternative. Coral is the traditional gemstone for the 36th anniversary and makes a colourful and appealing gift. Coral has been living in our oceans for over 500 million years, although today it is regarded as being endangered. This is because many of the world’s coral reefs are threatened by many factors including pollution, harvesting, mining, canal digging and over fishing as well as the increasing acidification of the water in the oceans. As the water temperature increases and sea levels rise, coral becomes ever more under threat. This is the reason why many governments have now brought in legislation protecting coral reefs, forbidding harvesting of coral reefs and limiting fishing in the area. As ecological awareness increases and we are all more concerned about the environment, it does not seem wise to give a real coral 36 year anniversary gift to your parents. There are however resin imitation corals which look just as lovely but have none of the ethical issues attached. Why not give an attractive coral ornament or a piece of imitation coral jewellery as a lovely 36 year anniversary gift for her.

The 36th anniversary is a great opportunity to show your parents how much they are loved the whole year through by presenting them with a beautiful floral gift. Roses, perhaps in a coral shade to reflect the traditional gemstone of this year, are sure to impress with their magnificent appearance and connotation of beauty and romance. For a rose themed present with a difference, why not give a gorgeous orange glazed Eternity Rose? An everlasting token of esteem, each natural rose bloom has been hand plucked and crafted by skilled artists into an enduring and unique thing of beauty. Its fine 24 karat gold edging adds a touch of elegance and luxury, and when it is presented in its own prestigious leather case, it makes a sophisticated display in your parents home, reminding them for years to come of this happy occasion.