If your parents have reached their 34th wedding anniversary, their marriage has really withstood the test of time and it is time to help them to celebrate their success. A thoughtful and traditional gift is a great way to show your love and affection at this important time and will remind your parents of how special they are to you. No doubt you have given your parents many generic and ordinary presents over the years, so now you should take the chance to find something with a deeper relevance and significance as your loved ones are sure to cherish something that you have taken so much time and effort to source. Impress your parents with a traditional gift that not only impress but which will truly appreciated and which will bring happy thoughts of you to mind for many more happily married years to come.

What are the Traditional 34 Year Anniversary Gifts? 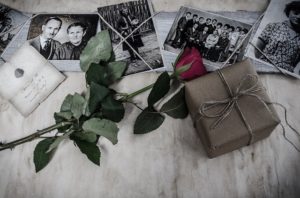 While a lot of people know that many years of marriage are linked with a specific material or symbol, only some of those themes are actually well known. Although couples all over the world celebrate 50 years of happy union with golden gifts and the 25th year of marriage is famous for being associated with silver presents, the 34th marital year has no famous symbol connected to it. In fact it may surprise many people to discover that it does in fact actually have a theme of its own which can be incorporated into any 34 year anniversary gift for parents. It is true that originally, there was no chosen theme for the 34th marital year. The first gift lists for anniversaries was created in the 1920s and at that time only certain years were singled out for attention. Each of the first 10 years was assigned a material of its own but then after that, only every fifth and tenth year was recognised as a milestone occasion, worthy of celebration. Luckily, in more recent years, there was a recognition that every year of marriage should be celebrated and praised, so all of the years that had never had a theme or material before were linked with their own symbol. The 34th wedding anniversary was connected with the gemstone opal, a wonderful choice of gift for your parents on this special occasion because of its historical meaning of luck and good fortune.

A Few Facts About Opals 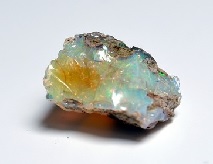 While most people think of opals as being white, in fact there are a number of colour variations, varying from pink and red to blue and brown. There are even black opals although these are extremely rare. A beautiful and unusual gemstone, opals are primarily found in Australia where they have been named as the national stone. In fact 97% of all the world’s opals were found in Australia although they have also been discovered in a host of other countries including Ethiopia, Indonesia, Nicaragua, Brazil and Nevada in America. Some European countries have even been discovered to have opals including Slovakia, Turkey, Hungary and the Czech Republic. Although synthetic opals can be hard to spot when compared to natural ones, they do not fluoresce in ultraviolet lights. Historically, opals have had a meaning of good fortune and luck, and in the middle ages, they were thought to have special powers, including the ability to make anyone holding one (while wrapped in a bay leaf) turn invisible!

An opal gift is a great way to wish your parents luck on their anniversary, and opal jewellery is a wonderful way to do this. Stylish, elegant and eye catching, an opal necklace, ring or bracelet would be an appropriate 34 year anniversary gift for her while a pair of beautifully crafted opal cufflinks could be the best 34th anniversary gift for him. If your parents don’t really like jewellery, why not give them a decorative item for their home instead? You can find stunning opal paperweights, pretty ornaments for their Christmas tree made from opal or even carved ornaments made from this irridescent stone that would be both appropriate and magnificent on this special anniversary occasion.

Traditionally, flowers have been given to anniversary couples over the years to demonstrate love, affection and esteem, so presenting your parents with a floral bouquet on their 34 year anniversary seems to be an appropriate touch. You could even take an alternative twist on the opal theme of this year by choosing creamy white blooms to surprise your parents on their big day. White roses are not only beautiful but also perfectly convey the sentiments of love and romance that are so important on an anniversary. Perhaps the best way of impressing your parents is to give them a white rose gift that will not fade or die but will commemorate their devotion to each other for a lifetime. A white glazed Eternity Rose is produced by talented craftsmen from a single hand picked natural rose blossom that is preserved in all its splendour for eternity. Trimmed with a fine 24 karat gold glaze, it is then placed in a prestigious leather display case, to be a unique thing of beauty to be treasured forever. Truly impressive thanks to its luxurious appearance and long lasting magnificence, your parents are sure to delight in receiving such a thoughtful memento as a thirty four year anniversary gift.