Anyone who has been married for 32 years is worthy of praise for their great achievement, so help your parents to celebrate this key occasion in their married lives. Even though this is not a milestone year, there is no reason not to pull out all the stops this anniversary and remind your parents of how much you love and admire them, not just on this special day, but on every day all through the year. Demonstrate the depths of your affection to your parents with a lovely gift that truly expresses your sentiments and feelings, rather than a generic and dull gift. Your parents are bound to appreciate the thought and effort that has been put into finding a gift that has a deeper relevance and significance, a present with a symbolic meaning that is steeped in tradition. Surprise them with a 32nd wedding anniversary gift that is sure to be cherished.

The list that was drawn up during the 1920s to link a material or symbol to every important marital year missed out the 32nd wedding anniversary, choosing instead to focus on the first 10 years of marriage followed by every fifth year which was singled out as a major milestone. Despite this, years later the idea was re-thought out and new lists were created which twinned every single marital year with a particular theme. The 32nd anniversary was linked with the traditional gift of conveyances, and while this may sound odd, you should think a little harder about the symbolism of this present. If you give a gift connected with conveyances, you are encouraging the pair to think about the joint journey that they are taking on life’s road together. For 32 years they have been travelling the same path, across surfaces both rough and smooth, enjoyed the same sights and experienced the same delays. Now, by giving this traditional 32nd anniversary gift, you are prompting them to reflect on the road that still lies ahead of them and life’s path yet to be trod. 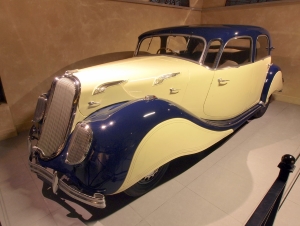 When the idea of conveyances comes to mind, of course the first thing you might think of is a car or bicycle, however these are very expensive gifts and are probably out of the reach of most people when they are considering options for 32nd wedding anniversary gifts for parents. There are, however, many more creative and less costly ways to celebrate and mark this anniversary year with a gift that embraces the conveyance theme without breaking the bank. Why not treat your parents to a romantic hot air balloon ride, perhaps with breakfast and champagne thrown in? Or for a lovely and traditional 32 year anniversary gift, a special ride on a sightseeing steam train might be a significant and meaningful way to spend the day. For adventurous parents, a helicopter buzz flight would be an exciting option, while a luxury limousine ride around town would help your parents to experience the celebrity lifestyle. For energetic parents, why not arrange a segway tour around a local site, or pay for them to enjoy a session at the local roller or ice rink?

Although officially, there is no traditional 32nd anniversary gemstone, some gift lists suggest that lapis lazuli would be a traditional choice if you were hoping to give a jewellery or ornamental gift. A semi-precious stone, the lapis lazuli is famous for its deep blue colouration and has been a decorative material since the 7th millennium BC, having even been used on Tutankhamen’s funeral mask. Even today, lapis lazuli is used to produce beautiful and stylish jewellery and decorative items for the home, so what better way to give your parents something that will create a lasting memento of this anniversary occasion than by presenting them with an elegant lapis lazuli jewellery 32 year anniversary gift for her or him, or a carved lapis lazuli vase, statuette or trinket box to adorn the home?

Many anniversary years have their own specific flower associated with them to bring an extra layer of significance to any floral gift, however the 32nd wedding anniversary is not one of these occasions. Despite this, there is no reason to avoid giving your parents a magnificent bouquet on the day of their 32 year anniversary as this is a present that never fails to impress. You will simply enjoy a larger choice of varieties to choose from so you can be sure to select blossoms for which your parents have expressed a preference. If they have dramatic tastes, for example, you could pick colourful and eclectic blossoms of many types and sizes. If they enjoy the subtle things in life, why not give a simple hand tied arrangement with only a single type of flower? Or if you are struggling to decide, why not simply opt for roses, that traditional favourite? Roses never fail to impress because of their magnificent appearance, beautiful colours and romantic connotations and are a luxurious and delightful way to bright your parents’ lives on this most special of days. Why not give a rose gift that will last eternally as an enduring expression of their love and your appreciation when you select a glazed Eternity Rose? Made from a single magnficent rose blossom, each glazed rose is picked and crafted by hand, trimmed with pure 24 karat gold and presented in a stylish leather case to showcase this unique work of art for a lifetime.