After last year’s milestone of the 30th anniversary, it is quite easy to allow the 31st anniversary to pass by as an anti-climax to the previous year’s major celebration. However don’t forget to show your parents how much you love and admire them for the achievement of reaching 31 years of happy marriage by presenting them with a gift that is thoughtful, meaningful and memorable. It’s easy to see why you may be lacking in inspiration this year, as after 31 years no doubt you have given your parents many of the more standard and generic gifts time and again. If you want to give them something a little more unusual and significant this year, you can use this list to give you some inspirational ideas. Whatever their interests and preferences, there is sure to be something that they are bound to cherish. 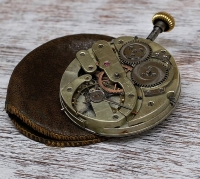 Although there are a number of anniversary occasions which are well known and celebrated, the 31st anniversary is not one of those years. While everyone all over the world knows the 25th anniversary as the silver wedding and the 50th year of marriage as the golden anniversary, the 31st is not a milestone year and is not widely celebrated. Nevertheless, it may surprise you to discover that there is, in fact, a symbol linked with this anniversary year and you may want to incorporate it in your choice of 31st wedding anniversary gift. Even though the 31st anniversary did not appear on the original 1920s list of anniversary symbols and materials as it was not considered to be a recognisable occasion, it did feature on lists drawn up in later years as they include every single year of marriage. For 31 years of happy union, the gift that should be presented to your loved ones is a timepiece. This is a great choice for a 31st anniversary gift as it has a great symbolism for the couple. When you give a timepiece as a present you are quite literally giving your parents the gift of time – a gift that reminds them of the happy moments that they have shared in each other’s company and the delightful hours that they have yet to enjoy in the days to come. Giving a watch or clock to your parents on this anniversary year reminds them that they ought to always seize the day and treasure every single minute of their lives together.

Giving a clock is a wonderful idea for a 31st anniversary gift for parents. There is a wealth of styles to select from, making it simpel to choose something your parents will really love. If, for example, they have traditional tastes, a grandfather clock would be perfect for a hallways or dining area. If they love modern styles, a colourful contemporary kitchen clock may be a better choice. Do they have busy lives? Then a handy bedside alarm clock is sure to be appreciated, and if they cherish sophisticated elegance, a stylish mantelpiece carriage clock would be perfect, especially if personalised with a bespoke anniversary message of appreciation.

Watches – the Perfect 31st Anniversary Gift for Him or Her

A deeply personal and attractive 31st anniversary gift for her or him, a watch is a long lasting trinket that will bring you and this important occasion to mind again and again over the years. Why not choose a sophisticated metal link watch for him and a pretty jewel encrusted bracelet watch or bangle style timepiece for her? Or perhaps your parents would appreciate a matching pair of watches as a timelessly elegant gift?

Ebony is considered to be the traditional gemstone gift for this anniversary year, although it is not precisely a gemstone. In fact it is a hardwood, known for its density and deep black colour. An ornamental wood, it has a gorgeous polished finish and a long history. There are even early examples of figures carved from ebony found in Ancient Egyptian tombs. Although in the 16th century, cabinets and large pieces of furniture were made from this material, today it is mostly only used to make small items like jewellery or musical instrument parts. As many trees that yield ebony are endangered today, it would be best to give an antique ebony gift to your loved ones as a long lasting and beautiful 31st anniversary gift. Perhaps a viola, violin or piano for music loving parents or a chess set with ebony black pieces for those who enjoy games? Alternatively, a black ebony crucifix could be a meaningful and gorgeous anniversary token.

Of course a gift of flowers never goes out of style, so give your parents a gorgeous bouquet of blooms to mark the occasion of their 31st wedding anniversary. Roses are a great choice thanks to their splendid appearance and connotations of beauty and romance. Giving an impressive glazed Eternity Rose is one of the best ways to demonstrate your deepest sentiments and esteem to loving parents on their 31 year anniversary. A unique work of art, made by hand and trimmed with purest 24 karat gold, each Eternity Rose preserves the beauty of a true natural rose blossom forever and is a magnificent ornament for the home. When presented in its prestigious leather case, it is ideal for display and will reflect your love and best wishes forever.