Your parents have been together for 27 years and that’s a huge achievement. So don’t let the anniversary slip by without helping them to celebrate, and showing them that you love and appreciate them while admiring this amazing marital achievement. Even though the traditional theme associated with this anniversary year is not well known, there are still some classic symbols associated with 27 years of marriage, and incorporating one or more of them into your choice of 27th anniversary gift for parents will delight the recipients while conveying a greater level of significance and symbolism than a generic gift.

27 years of marriage has the traditional theme of sculpture, with all the symbolism that goes with it. Just as a sculptor works on his craft for many years, perfecting each work of art and ensuring that it is a thing of beauty, so a couple have worked together over more than quarter of a decade, working on perfecting the ideal union and fashioning their marriage into a thing of beauty that is as beautiful in the eyes of the beholder as any sculptor’s works. Also, in the same way that a sculpture still stands beautiful and strong after centuries of wear and weather, so a 27 year long marriage is still weathering the storms of married life while remaining resilient and perfect. The art of sculpture has a long and eminent history. Originally only formed from carving out stone or wood, today sculptures are formed in a variety of ways, including casting metals, shaping and modelling with clay or pottery, or by assembling models using plastics or even recycled materials to make a work of art. In the west, the art of sculpture was begun in ancient Greece and many of the works remain today. 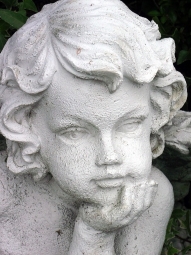 During the middle ages, churches and cathedrals were filled with religious statues to honour God and during the European Renaissance period, many artists turned their hand to sculpture, including Michaelangelo who was famous for his amazing works including the well known masterpiece David. Even though many sculptures are large public works, giving small ornamental gift sculptures is a practice that has taken place from neolithic times. If you choose to give a sculpture as a 27th anniversary gift, you can select from a range of materials including bronze, metals, glass, pottery, wood or even plastic. While traditional sculptures depict humans or animals, you could give an entwined couple or heart shaped ornament as a perfect 27th wedding anniversary gift.

If the idea of giving a sculpture to your loved ones as a twenty seventh anniversary gift does not appeal to you, why not think outside the box for a more unusual take on the traditional theme? If you can afford it, an extravagant holiday to a place famous for statues, such as Greece – the birthplace of western sculpture, or Florence where Michaelangelo’s David can still be seen at the Accademia di Belle Arti and other Renaissance masterpices can be seen in the world famous Pizaa del Signoria, would be a thoughtful and extremely memorable twenty seven year anniversary gift for special parents. If you are on a budget, and have artistic talents, why not make your own handmade sculpture from wood or clay – an ideal bespoke approach to a truly personal 27th anniversary gift. Or for parents who enjoy the arts themselves, a pottery course would be a wonderful way for them to make their own special memento of this important anniversary.

If you like to give a personal gift to each of your parents on their anniversary, you could consider the traditional gemstone of the 27th anniversary, jet. A minor gem, this black stone is still very beautiful and lustrous and makes gorgeous jewellery as a keepsake of this anniversary year. Its use for ornamental purposes dates back to prehistoric times and as it was popular during Victorian times and the 1920s, there is a good chance that you may even be able to find a vintage piece to give your parents as a 27 year anniversary gift. Thought to protect its owner from harm, a pair of jet cufflinks are a great idea for a 27th anniversary gift for him, or a stylish brooch would make a thoughtful twenty seventh anniversary gift for her. 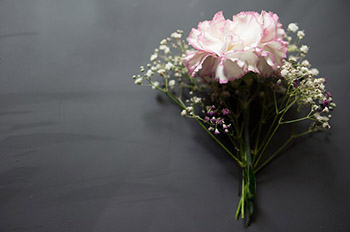 Giving your parents flowers on their 27th anniversary is a tried and tested classic that will delight nonetheless. With no specific blossom associated with this year of marriage, you have free reign to pick any varieties that you know will appeal to their tastes, whether that be a simple hand tied bouquet of a single variety or a huge and extravagant display of multicoloured and dramatic blooms. Why not choose a 27th anniversary gift flower that will capture the essence of the jet gemstone theme while being a thing of beauty that will last forever? Combining the best of nature’s splendour and artistic elegance, a black glazed Eternity Rose is a true work of art that is one of a kind. Made by hand from a natural rose blossom, every flower is hand glazed and trimmed with purest 24 karat gold, resulting in a magnificent and luxurious gift that comes presented in its own prestigious leather case, ready to be displayed in any room of your parents’ home as an enduring commemoration of their lasting devotion to each other.