Just one year from the silver wedding anniversary, there is still no excuse for overlooking your parents 24th wedding anniversary. This is as good a time as any to remind them of how much you love and appreciate them and you can best do this by giving them a 24 year anniversary gift that they will really cherish. Although the 24th marital year doesn’t have its own well known symbol or material, there are still several less well known themes which run through this year of marriage and you can incorporate any or all of these into your special 24th anniversary gift for parents that deserve only the best.

Musical Instruments are the Key to Romance

Occasionally, the 24th wedding anniversary may be referred to as the instruments anniversary as the traditional theme linked with this year of marriage is musical instruments. Although this may seem like an unusual choice, it actually leaves many choices and ideas open to you can you are sure to find at least one idea that appeals to your loved ones. Of course the most obvious 24th anniversary gift idea is an actual musical instrument – whichever takes your fancy. Perhaps a piano that would not only make lovely music but would look stylish in the home, or maybe something smaller and more portable like a whistle or ukelele that is easy to learn. If your parents have ever expressed an interest in developing their musical skills, this could be the ideal time to treat them to those lessons that they’ve always wanted – a gift that will give them a skill that they will have for life. 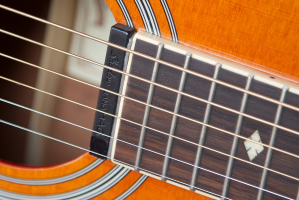 Even if your loved ones have no interest in actually learning to play, an instrument themed decorative gift may well be appreciated. An antique violin, for example, would look beautiful displayed on the wall in the marital home. You could even choose a piece of music themed art, such as a painting, ornament or sculpture to decorate any room. Go for a modern take on the musical instruments theme by choosing a set of Bluetooth speakers, an iPod docking station or even go retro with a stylish and fashionable vinyl record player. Alternatively, choose a book of sheet music from the couple’s favourite musical, the soundtrack of their favourite movie for them to listen to together or tickets to an orchestral concert to embrace the essence of this anniversary occasion. You could even take the musical instruments theme in a different direction and focus on the one instrument that we all have, the voice. Arrange for singing lessons for your parents to hone their skills, a private recording session so that they have an enduring memento of their anniversary or even arrange a karaoke night to remember.

There is a traditional colour linked with 24 years of marriage and you can choose this as the theme for your wedding anniversary gift for your parents if you would like a little more freedom in your present choice. Simply adopting a colour theme allows you to select whatever items you think your parents would love, whether that be a personal trinket, a decorative item for the home, textiles or accessories. The 24th wedding anniversary colour is lavender, which ties in well with the tanzanite gemstone that is traditional on this anniversary year. Choose a personalised lavender gift such as a painted wall plaque, commemorative plate or embroidered cushion for an even more personal touch to the day. 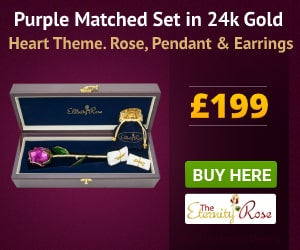 Although flowers may be a tried and tested choice of anniversary gift, they are still a popular and perfect choice. Beautiful and thoughtful, they are an ideal way to show your appreciation for your parents on the occasion of their anniversary, whatever the year. Colourful and vibrant, flowers will bring light and life into their lives and will remind them of how special they are to the giver. Although there is no specific traditional 24th anniversary flower, you could always go with the lavender colour theme with a bouquet of purple blossoms to mark the occasion. One purple floral gift that is sure to impress and which will last a lifetime is a stunning purple glazed Eternity Rose, trimmed with pure 24 karat gold. Each work of art is completely unique and is produced by hand from a genuine purple rose blossom that has been intricately glazed and presented in is own prestigious leather display case to create a much admired focal point in any room.