When your parents have been married for two whole decades, you will no doubt want to help them to mark out this day as truly special. 20 years of happy marriage is certainly a feat worthy of celebration, and you will want to find a gift for them that embraces the importance of this anniversary year. However it can be hard to think of something that is unique, memorable and yet something that will be genuinely appreciated as you have probably already given all of the most obvious gift choices to your parents over the last twenty years. Luckily, you will find here plenty of inspiration for unusual and exciting 20th anniversary gift choices for parents, whatever their tastes. Whether you go for a traditional or a more contemporary gift, a piece of jewellery or even a floral arrangement, you are sure to find suggestions here that will delight and impress. 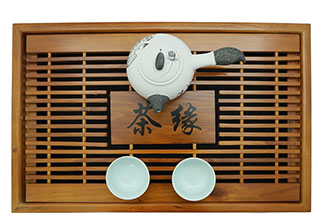 While some anniversary years are not selected for special attention, the 20th wedding anniversary has been demarcated as a milestone for more than 100 years and as such, it has its own traditional material associated with it. 20 years of marriage is traditionally celebrated with a gift of china, which reflects the beautiful nature of a long lived marriage while also reminding the pair how important it is to nurture their relationship, to protect it from being damaged. As china is delicate and fragile while being a work of art, so it perfectly captures the nature of a twenty year long marriage. China gifts are not only traditional, but they make enduring mementos that will last for many years to come, reminding the couple of the happiness of this occasion and recalling the giver of such a special token to mind. There are lots of different chiona gifts that you could select for your parents. If they take pride in their beautiful home, why not give them a pair of china candlesticks, a delicate china ornament or a pretty china trinket box in which to store their keepsakes? If your parents can’t stir out of bed without the promise of a cup of tea, a stylish china tea set is the ideal solution to your gift problem. Do your parents enjoy entertaining their friends? Then a set of elegant china servingware is sure to impress. Alternatively, give a more personal gift to your parents that is completely tailored to the recipients – a pair of bone china mugs that have been painted with their names, anniversary date, and perhaps even a special message of appreciation.

A Modern Alternative as a 20 Year Anniversary Gift for Parents

As with many anniversary years, there is also a contemporary alternative for those who prefer not to go with the traditional gift theme. In the case of the 20th wedding anniversary, this modern gift is platinum. One of the most precious of metals, this makes a splendid and luxurious gift for your parents on their two decade anniversary. Although most commonly associated with jewellery, you can also find decorative items for the home made from platinum, including cake stands, dishes and candlesticks.

If neither china nor platinum would appeal to your parents, perhaps a jewellery gift would be the ideal present for your loved ones on this special anniversary occasion. There is also a traditional gemstone associated with twenty years of marriage – the emerald. One of the brightest and most attractive stones, any couple would be delighted to receive jewellery gifts in corporating this theme as a thoughtful and memorable 20 year anniversary token. A pair of sparkling emerald cufflinks would be a great 20th anniversary gift for him, or perhaps an emerald studded tie pin, perfect for a man of fashion. Meanwhile, when it comes to choosing a twentieth anniversary gift for her, a lavish emerald necklace, bracelet or pair of earrings is sure to be appreciated, especially if the gemstones are set in platinum to reflect two of the themes of this anniversary year.

Give a 20 Year Anniversary Gift of Flowers

Flowers are always a gift that is received with joy thanks to their exquisite beauty and message of appreciation. On this anniversary year, just as much as on any other, your parents will be thrilled to receive a stunning bouquet of hand tied blossoms that perfectly convey your deep sentiments of love and esteem. There is a way to make a floral anniversary gift even more meaningful, and that is by choosing the specific blossom traditionally linked with the anniversary year. Although some marital years do not have a special bloom associated with them, the 20th wedding anniversary actually has a choice of two different varieties to select from. Opt for either one, or perhaps combine them both into an especially relevant twentieth wedding anniversary gift for parents. The first option is the day lily, signifying flirtation and reminding the couple to never let their love go stale. The second choice is the aster, a stunning wildflower that is often called a love talisman. Alternatively, roses are always a popular choice, and there is even an exclusive rose gift available that will last a lifetime. The platinum dipped Eternity Rose is not only magnificent but also perfectly captures the essence of one of this anniversary’s themes. Made by hand from true natural rose blossoms, each work of art is presented in its own prestigious leather case, ready to take its rightful place in your parents’ display cabinet.