When your parents have been married for a dozen years it is a reason to celebrate so as your parents approach their 12th wedding anniversary, take measures to mark the special day by giving a gift that shows how much they really mean to you. When choosing an anniversary present, the key is not only to select something that is significant and meaningful but to choose something that will last for years to come as a reminder of this happy time. Whether the right choice of 12 year anniversary gift for parents is a traditionally themed gift or a more modern one, there are lots of suggestions here that will make finding the perfect 12th anniversary gift for your parents a breeze and will result in them receiving something that they can cherish for the rest of their lives together. 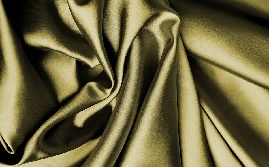 A traditional gift is usually much more appealing than a generic one as it contains a symbolism that is unique to that year of marriage. The 12th wedding anniversary has an association with a specific theme and that is linen and silk fabrics. Gifts made from these materials are certainly beautiful and lovely presents to commemorate the special day but they also have a deeper meaning for a celebrating couple. Linen was mentioned in the Bible as the clothing of angels, thus it reflects purity within marriage and the committed nature of the relationship. Silk on the other hand is luxurious and elegant and is a reminder to the couple of the sensuousness within their relationship. Giving a gift of silk is to wish the couple good luck for the future and a hope that everything will be as smooth as silk. Give a gift of pretty bedlinen to match the couple’s bedroom décor as a traditional symbol of this anniversary year or perhaps an embroidered tablecloth made of linen which will look gorgeous on the dining table and will be used again and again for family occasions and meals and every time you will be remembered fondly as the giver of such a practical gift. On the other hand, you could opt for a gift made of silk, such as a silk personalised cushion or pillow to adorn the home or a pair of monogrammed silk bathrobes for an added bespoke touch. If you would prefer to buy separate gifts for each partner, perhaps a silk tie would be an ideal 12th wedding anniversary gift for him while a silk blouse represents a luxurious 12 year anniversary gift for her.

When choosing anniversary gifts for any year of marriage, flowers traditionally come out on top as the most popular choice for givers. This is because they are an ideal way to send loved ones a message of appreciation and love at this happy occasion in their lives together. Flowers also brighten the lives of the recipients as no other gift does and when you give the traditional blossom linked with each anniversary year, an extra layer of significance is added to the gift. If you wish to give the traditional floral gift for the 12th wedding anniversary the most commonly chosen flower is the peony. This is a great choice for the 12th year of marriage as its hidden meaning in the flower language is that of richness and wealth and these are completely appropriate sentiments to wish your parents on their 12th anniversary. Just the appearance of the rounded blossoms of the peony reflects the fullness of a happy union and they are known to be a beautiful symbol of happiness in marriage, true romance and a wish for good fortune for the happy pair. If you give a bouquet of these flowers as a 12 year wedding anniversary gift for parents, you will be sending a truly special anniversary wish to them. Many people prefer to give roses as an anniversary bouquet because they have an association with beauty, true love, romance and appreciation. If you wish to give a gift of roses to your parents on this special year, why not choose an Eternity Rose instead? This is a gift that will last a lifetime instead of the few days that freshly cut flowers survive and will be an enduring commemoration of a significant moment in your parents’ lives. Its magnificent and luxurious appearance is also the perfect way to convey your deepest sentiments of love and esteem today and all year round. Every flower is made from a genuine rose blossom, picked from Eternity Rose’s own nurseries and crafted by hand by skilled craftsmen. Preserved forever in its natural splendour, each blossom is intricately glazed and trimmed with fine 24 K gold for an opulent look and then presented as a unique work of art in a prestigious and elegant leather display case, ready to be displayed in the home as a focal point and talking point for years to come.

Agate is the traditional gemstone of the 12th anniversary and so choosing a piece of stylish jewellery fashioned from this lovely and unusual gemstone is a great way to mark the occasion while providing a gift that will form an enduring reminder of the event. Whether a necklace, pendant or earrings, your mother is sure to love this lasting token of your appreciation and will treasure it for years to come.